Housewife, mother, sex symbol – the list of clichés related to female roles is long. But artists, male and female, have always found interesting and often surprising ways of dealing with it, questioning it, re-interpreting it. The works in this exhibition oscillate between a preoccupation with identity as a woman and an artist, and the ascriptions the world makes to women. In brief: Who am I and who am I supposed to be? After all, when it comes to images of women in both senses, the question that always arises is: Who is portraying whom and how? For example, the link between painter and model is a prototypical response to this, mainly by male artists. Today, female artists, but some of their fellow male artists too, seek ways to escape directing this classical and much criticised gaze on the relationship.

Help Fasty and make his discovery tour through our exhibition even more exciting and colourful! You can print out the picture and colour it with a lot of creativity! 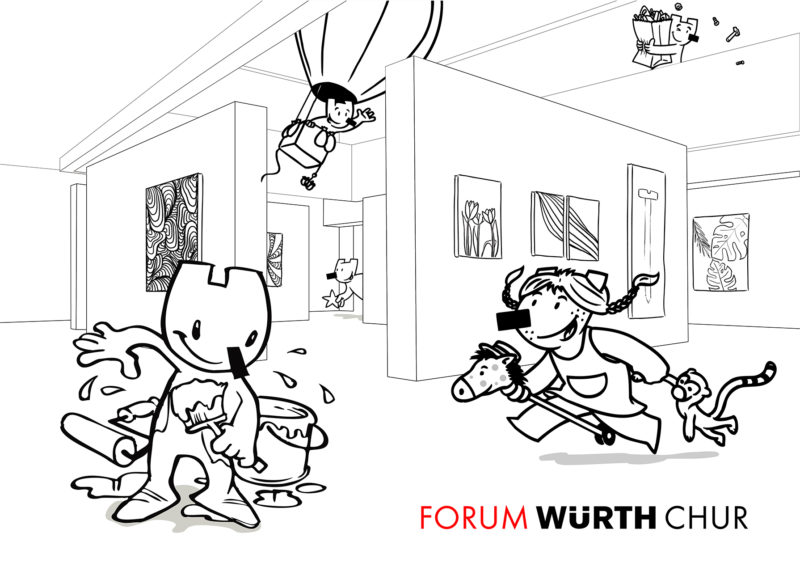